Music to Your Ears: The Music/Language Connection 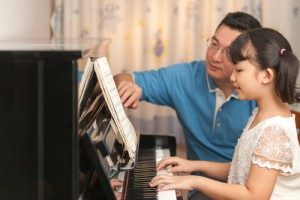 A recent study from Northwestern University found that healthy adults (between ages 55 to 76) who took music lessons in childhood could process and respond to speech sounds faster than their healthy contemporaries who hadn’t.

The instrument didn’t matter, just that the classes happened. And the music education seemed to hold lifelong value. In the musically trained group, in which individuals had taken classes for four to 14 years, no one had played for about 40 years, but the benefits held true. 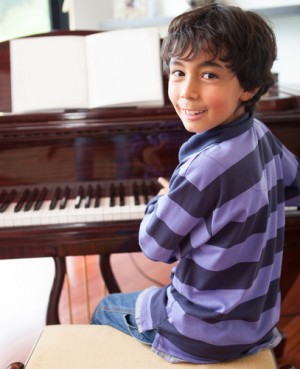 Research has shown that music also can help people unlock keys to foreign language. When learning a new language, one of the key steps is identifying where words stop and start — which can be difficult when listening to fluent speakers, who tend to run words together in a fluid stream.

This is where the brain steps in. While getting used to a language, our brains use behind-the-scenes statistics to figure out what syllables are likely to follow each other, either within words or from word to word.

To test whether music could help the brain run those stats, a team led by researcher Daniele Schön made up six nonsense words, then asked people to guess the words after hearing them on a recording for seven minutes. 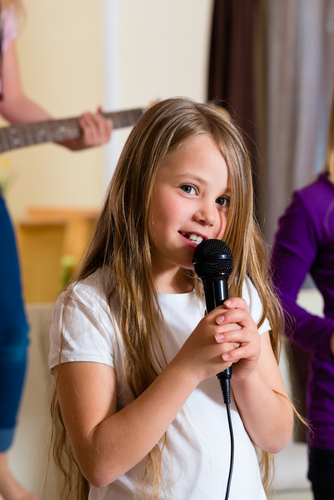 When the words were simply read, participants could guess words with about the success rate of random chance, and it took about 20 minutes to pick out where words started and stopped. However, when the syllables were synthesized with musical notes attached to them — as if a parent were singing to a child — the success rate spiked, with an average rate of 64 percent correct.

It’s important to note, the success wasn’t as high when syllables were linked to various tones at different repetitions in the recording (like when a word sounds different from verse to verse of a song), but music still made an improvement over random chance.

So whether it’s singing or training on an instrument, musical education seems to have a valuable place in our long-term development. Does the Music-Language Connection sound good to you? All the more reason to sign up and play on…