How Loud Is Too Loud for Football? 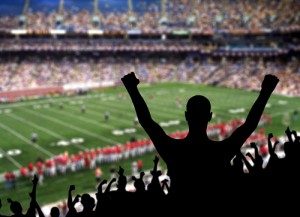 “GET LOUD,” flash the signs at Kansas City’s Arrowhead Stadium, where Chiefs football fans set the record this October for the NFL’s loudest location. How loud is loud? Try 137.5 decibels — noisier than a jackhammer blasting at close range. But you may be asking, “How Loud Is Too Loud for Football?”

As fans around the country raced to make their stadium the loudest this fall, pride wasn’t the only thing hanging in the balance. All that noise has an effect on ears, and it might last much longer than just an ear-ringing ride home after the fourth quarter.

On average, accounting for peaks in cheering, stadium noise blares at around the mid-90s decibel range. At that level, safety guidelines recommend no more than an hour of sustained noise, but most games are about triple the length. And if the fan next to you is screaming, that can be a quick hit of 120 decibels or so, about the same as a roaring chainsaw.

As research continues on noise-related hearing problems, it’s becoming increasingly clear that once you hear “ringing” (like after leaving a stadium or a concert), there’s been some damage. And some of the damage might be irreversible, meaning it can build over the years. 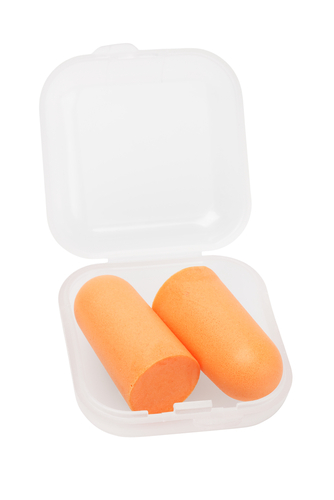 Some potential risks that can be associated with extended loud noises include:

Besides bringing a physical risk, in some cases, extended noises can be troublesome to those who live near stadiums. In both the U.S. and U.K., individuals have recently sued over stadiums that stand (or might be built) in their neighborhoods, claiming compromised quality of life.

But with crowds still amping up the volume to root on their favorite teams, what’s a sports fan to do? For a small step in the right direction…some stadiums have started handing out earplugs.