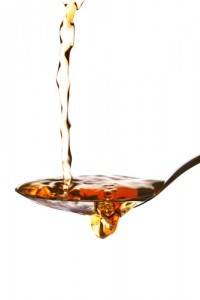 If you live in New York, and you’re prone to sinusitis, you are probably willing to try just about anything to keep your sinuses clear. After all, the city isn’t just a home to 8 million people—it’s also home to trillions of allergens, pollutants, and dust mites. Sinusitis can put a real crimp in your ability to enjoy the pleasures of NYC. But it may be that the Big Apple can provide your sinuses with some relief—or, at least, using apple cider vinegar to help sinusitis.

Vinegar has been used to fight infection since the time of Hippocrates, who is considered the father of modern medicine. Samurai warriors used it as a daily tonic to promote strength and virility; soldiers in the Civil War and World War I used it to treat wounds.

Although medical testing of vinegar has produced mixed results, many people swear by Apple Cider Vinegar to keep their sinuses free and clear. The vinegar, users claim, thins mucus quickly, allowing it to drain before infection can set in. So it’s best to:

Vinegar is also an effective treatment for reflux when it is mixed with honey. Try our alternative reflux treatment recipe:

Mix well in 1/2 glass of water and take in the morning before any food or drink.  You may repeat at bedtime, but it is recommended to try a once per day regimen first.

Is apple cider vinegar to help sinusitis not giving you what you need? Talk to a Sinus Doctor in NYC today. We can help.