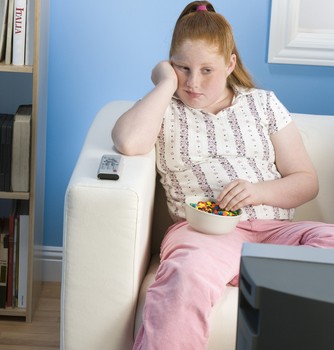 Today in the U.S., teen obesity is three times as common as it was 30 years ago. In 2010, more than one-third of kids and teens were obese or overweight, according to the CDC.

Obesity has a known link with heart problems, Type 2 diabetes, high blood pressure and more — but now, researchers also have found a connection to hearing loss. This is raising red flags for docs, as the obesity rate continues to jump.

To get to these findings, researchers studied about 1,500 girls and boys from ages 12 to 19. They took many genetic and life factors into account, including gender, race, economic class and exposure to loud noises.

Even controlling for those differences, researchers found that youths in at least the 95th percentile for body mass index (the minimum level for teen obesity) had a higher risk of impaired hearing at all frequencies.

More shockingly, adolescents within that group had nearly double the chance of losing low-frequency hearing in one ear. Unfortunately, some scientists believe this means the hearing loss could later spread to both ears, as other studies in adults have found.

So why does this happen? Scientists aren’t clear yet, but there’s thought that obesity-related inflammation might lead to organ damage in the ears.

Early intervention is key with hearing loss, so watch out for these warning signs to help spot the condition:

From our own Dr. Robert Pincus:

“Studies show that children with hearing losses consistently underperform academically. If you have any concern about your child’s hearing (as opposed to listening to you) it is important to have his or her hearing evaluated.”

If you suspect you might be experiencing hearing loss, or if you’ve noticed these changes in a loved one, be sure to contact a doctor right away. There are plenty of options to treat hearing loss head-on. We’re here to help find the right one for you and yours.