Can an Epilepsy Drug Treat Tinnitus? 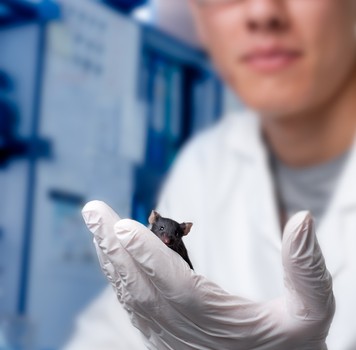 Right now, about 50 million Americans suffer from some degree of tinnitus. From that group, about 12.2 million people hear phantom noises — like ringing, buzzing and clicking — so intensely that they need medical attention. But for the fight against tinnitus, help might be coming . . . in a very unexpected way. Researchers have found that an epilepsy drug can help prevent the ailment, at least in animals, before it starts.

A team from the University of Pittsburgh School of Medicine watched the brain activity of mice that, while sedated, were exposed to 116-decibel sound in one ear for 45 minutes. That’s about the volume of an ambulance siren. Past studies have shown that type of noise to result in tinnitus for 50 percent of mice.

After the noise exposure, the researchers gave half of the mice an FDA-approved epilepsy drug called retigabine: 30 minutes after sound exposure, and then twice a day for the following five days.

Why the epilepsy drug? Tinnitus has been linked to hyperactivity in an area of the brain’s hearing center called the dorsal cochlear nucleus, or DCN. In cases of tinnitus, DCN cells fire impulses, even when no actual sounds trigger them. Researchers found that tiny channels within the brain can act as “brakes” that slow down faulty DCN impulses, and retigabine seems to be able to help.

As for the results?

A week after sound exposure, the mice given the medicine didn’t show signs of tinnitus. Others not given the drug had a 50-50 chance of showing symptoms.

If approved for human treatments, the epilepsy drug could be especially helpful for soldiers or people who work in loud conditions. And even further, researchers are hopeful that it could also treat “phantom limb” feelings, in which someone who’s had an amputation feels pain in the arm or leg removed.

It’ll take time — and human studies — to show whether the results are as successful in humans, but hope is the first step.

And though there’s no known cure for tinnitus now, there are ways of managing tinnitus that can help reduce the frustration. Call our office for a consultation, and we’ll help you find the option that’s right for you.