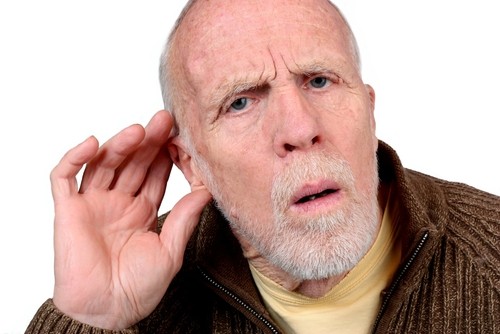 For more than 250 million people worldwide suffering from severe hearing loss, a cure would be a welcome relief.  Now researchers have found that a new experimental drug for Alzheimer’s disease could show promise for hearing conditions too.

A compound called LY-411575, currently in the testing phase, has offered considerable improvements for mice deafened by loud noises.  Why?  The experimental molecule can encourage new hair cells to grow within the inner ear, in an organ called the cochlea, which relies on the hairs to change sound vibrations into signals for the brain.

Hair in the inner ear is easily destroyed, and it won’t regrow on its own. But when LY-411575  was applied directly into the deafened mice’s ears over three months, reports Neuron, researchers found a 20-percent jump in new hair cells there. The mice could hear low-frequency sounds about as loud as doors closing.

is still being tested, and currently isn’t available for humans. And the chief researcher, Harvard Medical School ear specialist Albert Edge, warns that it isn’t more medically sound or cost-effective that cochlear implants and other existing treatments.

But with that in mind, the research continues—and hopefully, this research will take the community closer to a cure.

Our own Dr. Neil Sperling responds to this article:

In the field of hearing loss research, there has been no goal that has been more sought after than the ability to regenerate inner ear hair cells.  By regenerating hair cells, the prospect of reversing neural hearing loss becomes a possibility.  Until now, neural hearing loss which makes up the great majority of all hearing loss, has been impossible to reverse.  Hearing aids are beneficial, but can only attempt to “overcome” the loss as opposed to reversing the loss.  This article provides early evidence that drugs may be developed to cause the regeneration of inner ear hair cells.  This would have enormous impact.