Sudden Deafness: What It Is and How to Handle It 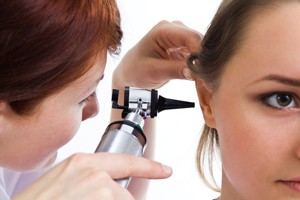 Hearing loss often is apparent at birth or develops gradually over time. But in rare cases, it sets in rapidly and severely – with sudden deafness occurring either immediately or in a period of three days or less. Sudden sensorineural hearing loss (also known as SSHL or sudden deafness) is a true medical emergency. But with that in mind, it doesn’t necessarily mean that hearing is gone for good.

Sudden deafness affects about 4,000 Americans each year, and the condition affects each person differently. Some people hear a loud pop before they notice hearing damage. Others notice it when they rise from bed, and some don’t notice it until they try to use the affected ear, such as during a phone call. About 90 percent of people with SSHL only have deafness in one ear – not both. Many note tinnitus (ringing in the ears) or dizziness.

SSHL has more than 100 known causes, but many of those remain unknown to the individual when hearing loss occurs. A meager 10 to 15 percent of patients know what caused their symptoms, according to the National Institutes on Deafness and Other Communication Disorders. Some sudden deafness causes include:

Although sudden deafness is serious, the recovery outlook is high. Some patients recover with no treatment in about three days or less. Others gradually regain ear function over a week or two. But for some individuals – about 15 percent of those who get SSHL – hearing worsens over time.

If you or a loved one notice rapid hearing loss that could be SSHL, consult a medical professional immediately. While you’re on the road to recovery, we’ll be happy to help give your ears the best care possible.